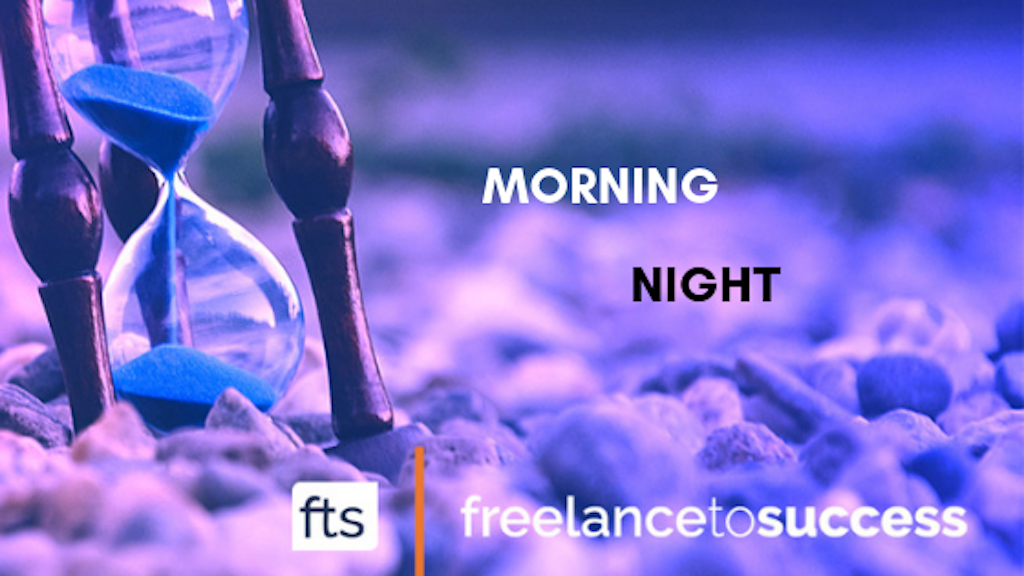 How often have you heard this: “the world’s most successful people get up early”? Business owners, celebrities… they’re all doing it. However, the productivity of being an early riser is under question more than ever before and the standard practice of working a 9-5 is being challenged. More and more people are finding an increase in their productivity when working later in the day, and ultimately discovering that being an early riser isn’t a ‘one size fits all’ situation.

Everyone has their own daily routine and although there is no right and wrong when it comes to when you should work, it’s vitality important that you identify what time of the day works best for you to achieve peak performance.

Do you know when you are at your sharpest or your least productive in a day?

Or even when you are at your happiest? You may find that the answers to those questions don’t fit with how you currently schedule work activity and meetings. Falling into a working pattern which suits those around you is easily done, but could you be working more effectively by switching things up a little?

If you naturally don’t feel very alert in the morning but you choose/have to wake up early anyway, you may be sabotaging your business performance. Of course, some people will have no choice with this setup- parents with young children or employees with set working hours for example, but if you have the freedom and flexibility to make some changes to the time you work you may well be pleasantly surprised at the success which follows.

Factually, the vast majority of workplaces are built around employees who thrive in the mornings

Which means that the ‘night owls’ of the world lose out and can generally be perceived as being lazy and ultimately undisciplined.

The truth is that people who operate more effectively later in the day, can be every bit as productive as the early risers when given the freedom to re-structure what time of the day they work.

As with everything, working early and working late both have their advantages and disadvantages.

Both will allow you to benefit from ‘quiet time’ while the rest of the world sleeps, but you must respect your internal clock, and make a note of your natural schedule of waking, relaxing and sleeping. Working late at night can be less productive if you have already had a busy day. Equally, early mornings can be difficult if you didn’t get enough sleep the night before if you were working late.

So if you find yourself in the gym for when the doors open, you’ll find working early will be best for you. If you prefer to go to the gym later in the day, working late will fit into your schedule much better than trying to work early.

There are people who are unaffected from working both early and late and can change their working routines up without any real consequence. Unfortunately, the majority of people aren’t that way and you therefore need to identify what is going to work best for you. Experiment with working at different times of the day, make a note of when you’re feeling tired and needing a break. You’ll find that by making some changes to fit around what works best for you, the quality of your work will improve, and you’ll be happier. Now, what’s not to love about that!