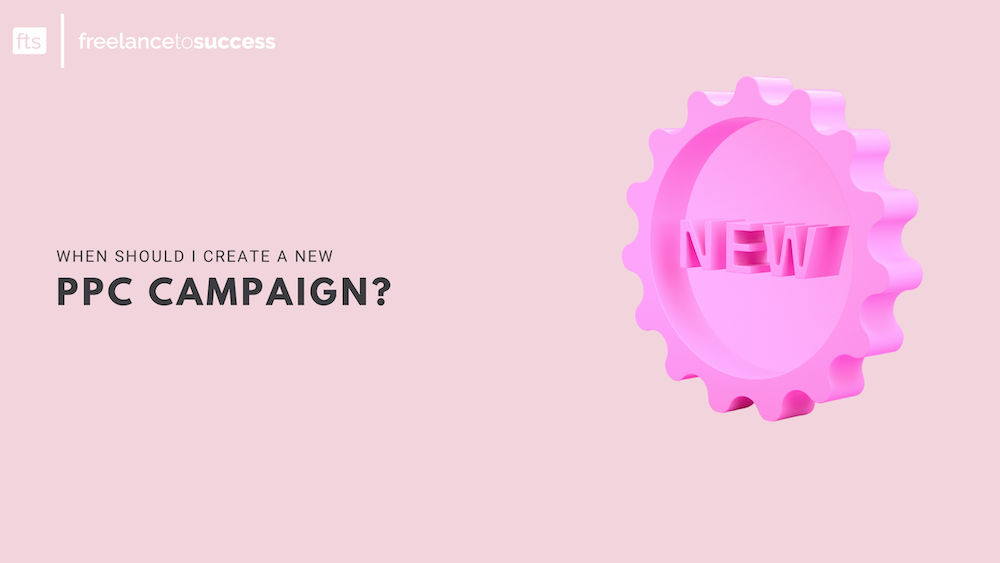 When running a PPC campaign on the Google Search Network, you should always remember that every account and PPC campaign is different. It is important that any changes you make are done to align with the goals of your business. There is no one size fits all way of doing things but, there are common themes that can be followed. Just be sure to adapt it to your own goals.

Some people struggle to understand when you should create new PPC campaigns.

The answer? It is totally dependent on the business itself.

But let us explain some scenarios that would benefit the most from creating new PPC campaigns in Google Ads.

You aren’t running any campaigns

Too obvious? Well it is the first step needed to capture that lower funnel traffic that comes from having a search campaign. If you want your business to generate leads or sales – a search campaign should be your starting point.

You’ve got a new product

If you wanted to release a completely new product, a new campaign could be needed. For example if you sell women’s boots and suddenly introduce a new line of women’s hats, a new campaign would be necessary.

But if your business is releasing a new product that is similar to other products, you perhaps just need a new targeted ad group within an existing campaign. For example you sell women’s brown boots and introduce the sale of women’s red boots, a few additional keywords in a new ad group would be sufficient for this expansion.

Under the no size fits all rule, this is where you need to bring in your own skills and experience, especially with the particular account, and apply them to it.

Ask yourself, ‘Do i need a new campaign?’

When checking campaign performance, look within the ad group and keyword sections and see if any particular areas are performing better than the campaign as a whole.

Then think about your budget. If it was limited, performance goals weren’t met and you couldn’t begin to justify adding additional budget. You could always isolate best performing keywords / ad groups into their own campaign and assign more of the overall budget to them.

You expanded to other locations

It is beneficial to segment campaigns by larger geographic regions. If for example you offer services in the UK but want to expand to another country, it would make sense to create a new campaign for the new country to allow more control over each area in detail including the day parts you target, the budgets, the bids and such.

That is four points to think about if you can’t decide if you need a new campaign or not. There are other things you can think of that can help you decide such as budget and audience. But as mentioned before, it will all depend on the specific needs of the business so it’s up to you to tweak as you see fit.

So there you have it, it’s your call!