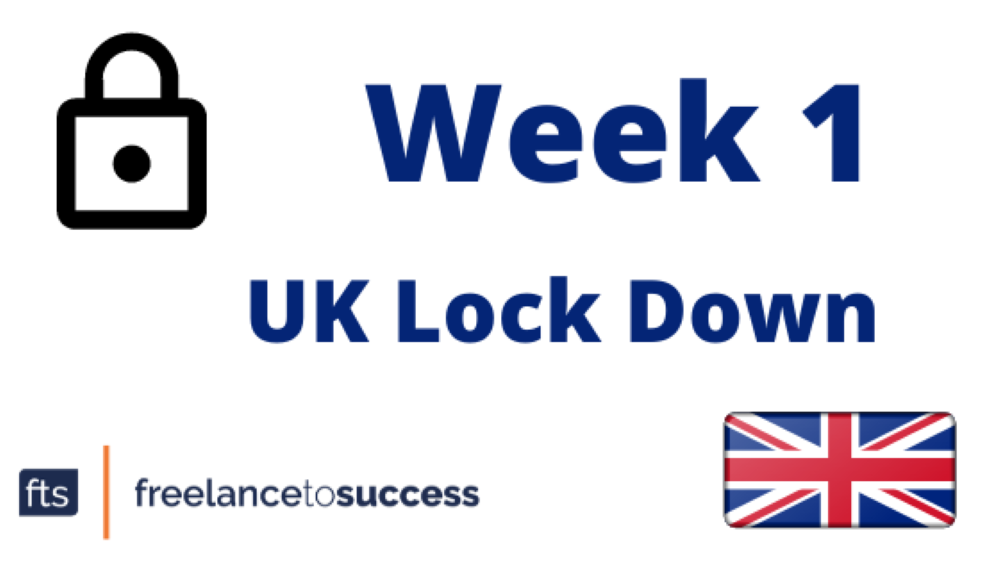 So it’s been a week since the Prime Minister Boris Johnson, declared a lock down on the UK. So how are you all feeling?

Although the advice from the government has been to stay home for some time now, the actual lock down didn’t come into effect since a week ago. For those of you staying at home, I bet for some of you this has felt like the longest week you’ve had in a while.

Although the same can be said for those of you, such as key workers, who are spending harder longer hours ploughing through each shift on your 7 day week. Not going to lie but it’s tough times out there and indoors.

Every single person is feeling the ramifications of this dreaded virus, whether you be single/married, working/not working, kids/no kids – the list goes on! The world, more specifically, the UK, is like a total ghost town. I look out of my windows every day and now the traffic has become non-existent as the majority of the people are taking the advice and not leaving until absolutely necessary. Standing outside, it’s eerily quiet to the point where I never knew we had that many birds around here, their tweets amplified by the space no longer consumed by dog walkers and constant passers by.

I find myself having to take a break from the TV and Radio lately, even with all the extra time I have I think it’s important to distance yourself from the news as best you can. It’s okay when faced with the facts, we can’t run away from those (well technically we can for 1 hour per day!) but the majority of the media we see is largely based on opinions. From one expert to the other, it’s a constant back and forth contradiction of statements, even my head is spinning half the time so as a country of course it’s hard to know whether or not we are coming or going.

The latest and most accurate statement I believe to be true, although still rather vague, is that of the Deputy Chief Medical Officer Dr Jenny Harries. While all others at each press conference seem to be avoiding the question on everybody’s lips, how long will we be in lock down for? Dr Harries warned it could take up to 6 months or longer for the country to get back to normal after the pandemic. She added that the lock down measures will be reviewed every 3 weeks moving forward to see where we are on the curve of those infected and those who have died. So given that the PM issued the 3 week lock down, this backs our feeling that we are in it for the longer haul.

Although of course no one can say for sure how long this will last, out of everyone who has spoken so far, I felt that Dr Harries has given us a better sense of clarity in this time of clouded judgement. Looking around, all schools shut and parents warned this could be until September and all exams cancelled across the country. Businesses shutting down for minimum 2/3/4 months and now EasyJet have just confirmed that they are grounding all planes but you can book flights from 25th October onward.

The writing has been on the wall since things started getting serious but it is hard to know where we stand when our questions go unanswered or if some questions there aren’t any answers to yet!

I am going to continue to keep busy, keep my mind occupied and listen to the scientific facts when needed and not the fiction.